About The Bruree Coll Family

James Coll and Geraldine Cronin met at a dance in Redbarn, Youghal, Co. Cork
in the year 1966. The showband playing on the night was Brendan O’ Brien and the Dixies.

James and Ger got married in August 1969 and lived in Youghal for three years. While living in Youghal they were blessed with three boys; Robert, Brian and Anthony. They then moved to the UK in 1973.

Just before returning to Ireland in 1980 their first daughter Carmel was born. They moved to west Waterford and built a four bedroom house at Grange, Ardmore.

In 1990 their second daughter Sarah was born and in 1993 they moved to Bruree, Co Limerick. James’ Ancestors are deeply rooted in south county Limerick. Ger missed her native Port Lairge and returns there frequently, especially for hurling matches.

Our family has grown up now and live in Germany, England, America and Ireland. 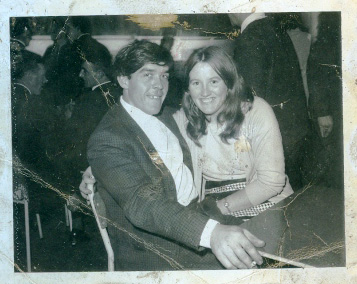